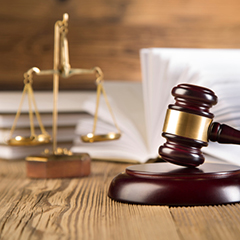 A recent ruling in the multifaceted Chapter 11 bankruptcy litigation of Residential Capital (ResCap) contains a noteworthy analysis of the alleged diminution in value of the collateral of junior secured noteholders (JSNs). Bankruptcy experts have observed that only a few decisions have tried to measure the decrease in value of collateral.

‘Global summary’ valuation: ResCap was one of the leading originators and servicers of residential mortgage loans in the country. In May 2012, ResCap and its affiliated debtors petitioned for Chapter 11 bankruptcy. The JSNs held or managed entities holding junior secured notes. To keep their business operating as debtors in possession, the debtors sought to obtain post-petition financing and authorization to use the cash collateral encumbered by existing debt facilities. They negotiated a cash collateral order with the JSNs that established the latter’s right to adequate protection for the use of their collateral.

In subsequent litigation over ResCap’s reorganization plan, the JSNs claimed a right to recover an adequate protection claim of $515 million based on the diminution in the aggregate value of their prepetition collateral as used during the case under a number of consensual orders.

Both sides agreed that the amount of the adequate protection claim was the difference in the value of collateral between the effective date and the petition date. Moreover, they agreed that $1.88 billion was a baseline value at the effective date. They disagreed over the value of the collateral on the petition date. The JSNs had the burden of proof. They presented opinions from four experts who sought to determine the fair market value of the various assets that were part of the collateral by considering, to the extent applicable, the prices the assets commanded in a post-petition auction process and adjusting back to the petition date. Also, one of the experts presented a single “global summary” of the opinions, arriving at a net fair market value of $2.79 billion.

The court found the valuation unreliable. For one, it incorrectly assumed the debtors could have sold the JSN collateral on the petition date free and clear of certain obstacles. However, at trial, one of the experts admitted that the sale of mortgage servicing rights would have required consent from the residential mortgage-backed securities (RMBS) trustees and government-sponsored entities, coming at a high cost. Also, in this case, most of the assets could not simply be handed to a buyer who could instantly benefit from full value “as if the assets were commodity products.” According to the court, the experts “ignored the reality” of the dire situation of the debtors just prior to the bankruptcy. Thus, even though it was “mindful” of the JSN money the debtors had spent during the case, the court found this spending did not mean they incurred a diminution in the aggregate value of their collateral.

« Stop, Look and Think Before You Expand
Are You Owed Money from a Business that Filed for Bankruptcy? »