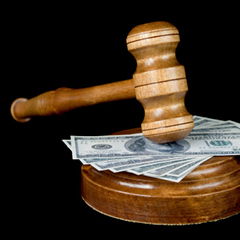 In his appeal, a trustee “strenuously” contested the Bankruptcy Court’s decision to consider a $20.6 million capital transfer as a surplus rather than a necessary asset for operations when the court calculated the business enterprise value of a hospital under the income approach.

The case took root in 1998 when the debtor, a hospital corporation, bought a Chicago-based hospital from the seller, one of the world’s largest private healthcare providers, for approximately $66 million to $68 million. (The Bankruptcy Court found that of the $68 million the debtor transferred to the seller, $2 million was in exchange for its delay in closing; consequently, only $66 million was consideration for the asset). The debtor had relied for financing on a company that went bankrupt in late 2002; as a result, the debtor, itself, slid into Chapter 11 bankruptcy. In 2004, the trustee filed suit in Bankruptcy Court (Washington, D.C.) against the seller and affiliated companies and subsidiaries (the appellees) claiming the sale was a fraudulent transfer: The debtor did not receive reasonably equivalent value and was insolvent at the time of transaction. As a remedy, he requested recovery of the alleged excess purchase price.

In 2007, the Bankruptcy Court held a five-week bench trial, hearing expert testimony from both sides as to how to determine the hospital’s fair market value at the time of transaction. It subsequently issued a 192-page decision against the trustee. To value the hospital, it first calculated its value under the cost approach at nearly $58 million. Next, it attempted to compute the value under the income approach using the discounted cash flow (DCF) method. However, it ran into a major problem with both experts’ EBIT projections, finding “none of these projections offer a totally realistic picture of the reasonable anticipated future earnings” of the hospital. But instead of ruling there was no reliable valuation under the income approach, the court corrected projections the debtor’s management team had prepared around the time of the transaction.

Importantly, in ascertaining the net cash flow of the hospital for each of the years in the projections, the court decided not to factor $20.6 million the debtor had acquired in net working capital into the net working capital projections. The record, it said, did not allow it to do so, and expert witnesses for both parties erred when they incorporated this amount into their net cash flow calculations. Instead, the court considered the $20.6 million as a nonoperating asset and added it to the $51.5 million it had computed under the income approach “as if normally capitalized.” The two figures yielded a total business enterprise value of $72.2 million. In a final step, it decided to weigh the value stemming from the cost approach at 25% and the value resulting from the income approach at 75%. This reconciliation led to a final fair market value of $68.6 million and the Bankruptcy Court’s conclusion that the debtor “received more than reasonably equivalent value from [the transaction], not less.” (Find a digest of the bankruptcy proceedings in the July 2008 Business Valuation Update and at BVLaw.)

The trustee first challenged the court’s findings in a post-trial motion, which the Bankruptcy Court, in another lengthy opinion, denied. Subsequently, the trustee appealed to the district court (Washington, D.C.) for review. In both instances, he honed in on the Bankruptcy Court’s allegedly erroneous treatment of the $20.6 million capital transfer as surplus.

Specifically, the trustee first claimed that the Bankruptcy Court’s approach led to double counting. The court’s net cash flow calculations, which it used to obtain the initial $51.5 million value as if normally capitalized, already included the $20.6 million, he argued.

The district court disagreed, adopting the Bankruptcy Court’s response to the trustee’s post-trial motion. The latter stated with emphasis that it first had valued the hospital’s assets under an income approach as though the $20.6 million net working capital “had not been acquired” by the debtor. This scenario produced a value of $51.5 million. Next, it had asked “what would be added to the $51.5 million if, as occurred, the $20.6 million of net working capital had also been acquired” by the debtor. It concluded that the reasonable thing to do was to add the latter sum to the $51.5 million. In its DCF analysis, the court considered future accounts receivable on an accrual basis, following generally accepted accounting procedures; those future accounts receivable “not in existence on the transfer date were distinct from the $20.6 million that was in existence” on the sale date, the Bankruptcy Court pointed out. The trustee’s assertion that the court’s DCF calculation included the net working capital, related revenue, interest income, and expenses was “simply wrong.”

For its part, the district court disposed of the trustee’s argument in this way: “No matter how many times [the trustee] makes the argument, or how strenuously he presents it, there simply was no double counting.”

Second, the trustee argued that the Bankruptcy Court’s approach was “inconsistent” with the opinions of experts from both sides and conflicted with “standard business valuation principles.” Also, there was no evidence to allow the court to treat the $20.6 million as surplus, rather than as necessary capital to keep operations going. Witnesses for both sides had discussed how “strapped for cash” the hospital constantly was even with the working capital at issue.

The district court took a different view. For one, as a fact-finder, the Bankruptcy Court had discretion to credit or discredit expert opinions. And “just because the bankruptcy court disagreed with how experts applied the methodology to the facts of the case does not mean that the bankruptcy court made up its own unorthodox business valuation methodology,” the reviewing court said.

Here, said the district court with approval, the Bankruptcy Court gave persuasive reasons for its approach. Specifically, it acknowledged that “theoretically” it could have included the $20.6 million net working capital in the income stream for its projections because “a reasonable purchaser would not expect to collect revenues from its post-transaction operations immediately” but would depend on the income stream from the net working capital until post-transaction revenue started to come in.

It also allowed for the argument that, if it treated the net working capital as a nonoperating asset, it should project no revenue for the hospital until the entity began to collect on its accounts receivables. But the Bankruptcy Court concluded that in the end neither approach was practicable because the record was wholly lacking in information with which to determine the average delay in the hospital’s collection of accounts receivables.

Further, it found that, even assuming there was a reliable way to factor the $20.6 million into the income stream, the trustee had failed to show what the resulting value would be. The $51.5 million value as if normally capitalized would increase by $20.6 million, with an adjustment for the time value of money. The latter would reflect the dates of collection of the accounts receivables and the seller’s guarantee related to the $20.6 million, as well as the dates of accounts payable included in the $20.6 million, but it would “be insufficient to have a meaningful impact on the outcome of this proceeding.”

Moreover, the district court found that the trustee’s claim about the hospitals shortage of funds had no merit because it concerned post-transfer financial struggles. A determination of whether a transfer was for reasonably equivalent value requires looking at the date of transaction. According to the district court, the Bankruptcy Court did not simply assume the hospital was fully capitalized notwithstanding the $20.6 million transfer. On the contrary, its projections assumed that a reasonable buyer would understand the need for injecting millions into working capital, and these assumptions underlay the Bankruptcy Court’s valuation of the hospital as a going concern. “While there is no direct correlation between the length of an opinion and its soundness,” the district court concluded, here the record showed that the Bankruptcy Court did not commit reversible error in its valuation of the hospital and its decision that the debtor received reasonably equivalent value.