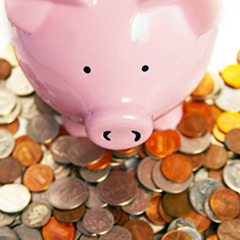 A recent report from the New York Times makes it clear that aspiring business owners commonly use their retirement accounts to get their new ventures off the ground. But, as a recent tax court case illustrates, what may seem like a smart investment strategy can go awfully wrong when the budding investor disregards expert advice on the applicable tax rules.

Two taxpayers decided to buy an alarm and fire safety company for investment purposes. They hired an accountant to structure the transaction and perform due diligence. His multistep strategy used self-directed IRAs to defer any income tax liability on the gain they hoped to make until retirement. The business owners formed a new company (Newco) to buy the company’s assets for $1.1 million. They used cash from various loans and—critically—a $200,000 promissory note from Newco to the sellers. The note was secured by personal guaranties from the two taxpayers and remained in effect until the profitable sale of Newco to a third party. In 2001, each IRA acquired 50% of the stock of Newco.

At the beginning of the process, the accountant provided an opinion letter that warned of the special tax rules applicable to IRAs. It said “the taxpayer could not engage in transactions with the IRA that the IRS would determine to be ‘prohibited transactions.’” Another letter stated that “any actions you take on behalf of the corporation must be taken by you as an agent for the corporation and not by you personally.” When the business owners sold Newco in 2006 each received in total more than $1.6 million in proceeds during 2006 and 2007.

In their federal income tax returns for those two years, the taxpayers did not include capital gains related to the Newco stock sale. The IRS subsequently issued deficiency notices arguing that the taxpayers’ IRAs had stopped qualifying as IRAs from the moment the taxpayers made the personal loan guaranties in 2001. The guaranties were “prohibited transactions” under section 4975(c)(1)(B) of the Internal Revenue Code. On review, the Tax Court agreed with the IRS. The court found that the guaranties triggered a liquidation of the IRAs in 2001. Their assets were distributed to the taxpayers, who therefore owed income tax on the gains they made in 2006 and 2007.

When deciding to use 401(k)s or IRAs to fund a new small business, it is critical that business owners not only know and understand the tax rules that may apply, but also follow the advice of their accountants. Filler & Associates is committed to supporting Maine’s small businesses and entrepreneurial startups, and can help navigate through the complex waters of tax planning.