The Limits of a Successful Daubert Challenge 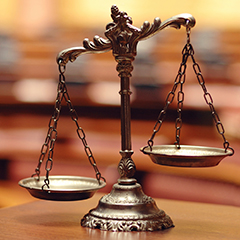 In the wake of the 1993 Daubert case, challenges against expert witnesses in stock valuation cases have found greater success. Still, not all Daubert disputes succeed. One case before the U.S. Court of Federal Claims helped clarify how one party can successfully challenge the qualifications or methodologies of an expert witness.

The case involved a dispute over gift and income tax refunds filed by stockholders in Schwan’s Sale Enterprises, Inc.(SSE) a privately-held Minnesota company that produced food products, including ice cream. The IRS disallowed the valuation of stock gifts made by SSE and assessed tax deficiencies against each of the owner’s children. At trial, the plaintiffs made a Daubert challenge against an IRS expert, Dr. Herbert Spiro, who was called to give a valuation of non-voting SSE shares. (Okerlund v. United States, US Ct. of Fed. Claims, 99-133T &99-134T )

The plaintiffs claimed that the expert’s testimony should not be admitted because he had insufficient qualifications, spent little time working on the valuation, and delegated most of the effort to his assistants.

The court found these arguments unconvincing for several reasons:

Education. Dr. Spiro held a doctorate in business economics and finance from the University of California at Los Angeles. In addition he had been a tenured professor at California State University for more than 10 years, teaching courses in finance and business policy.

Professional credentials. The expert witness also managed a consulting firm, which specialized in economic analysis and financial valuation. He had been a certified expert on more than 50 prior occasions and served as an arbitrator in a business valuation case.

Hours spent on this valuation. The fact that Dr. Spiro’s assistants had billed far more for the work on this case than he did himself does not preclude his certification as an expert in the case, according to the court. One reason: It is well established that expert witnesses can give opinions on hypothetical situations and don’t have to possess personal knowledge of the specifics of a case to render an opinion. However, the court also noted that Dr. Spiro supervised his assistants’ work and was well acquainted with the conclusion and methodologies used in the case.

Methodology. Also dismissed was the notion that Spiro’s methodologies did not enjoy “general acceptance” as required by Daubert. While the opposing experts disagreed on the specific pricing multiples and discounts taken for lack of marketability, they both used the same generally-accepted methodologies for appraising the value of the closely-held stock. Specifically, income and market approaches used by both experts have long been established as reliable methods for business analysis.

While the exact parameters of what makes a successful Daubert challenge have still not been set, this case provides useful guidance for firms preparing for trial. Filler & Associates has significant experience with trial preparation. We can help navigate the way through cases like these.