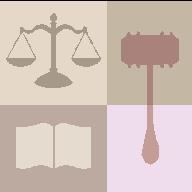 A withdrawing member of a limited liability company unsuccessfully appealed the trial court’s decision to use the book value of the company’s assets, rather than rely on his expert’s going concern analysis, to capture the fair market value (FMV) of his share.

The plaintiff owned a one-third interest in the LLC. When he joined the company in 2008, he brought with him critical business from his earlier work as a consultant. When he fell out with the other two partners approximately one year later, he filed for withdrawal and a determination of the value of his interest. At that time, his contact was the company’s primary source of business.

The trial court allowed the withdrawal as of May 2009, but the remaining issue was how to determine the FMV of his interest on that date. At trial, he presented expert testimony from a CPA, who based his valuation on company tax returns and year-end financial statements for 2008 and 2009.

There were three ways to value a business—the income, asset, or market approach—the expert stated. The income, or discounted cash flow, method
involved projecting future company earnings and applying a discount to arrive at the present value, he went on to say. In this case, he performed a going concern analysis, assuming the company would continue its operations, and computed an FMV of $2 million. Accordingly, the plaintiff’s share was worth $666,666. The expert did not apply discounts.

But he also stated that the company’s unadjusted book value was approximately $37,800 as of December 2008. He said he did not receive information about the assets the company owned on May 2009. To compute the adjusted, or fair market, value of the assets, he used estimates of the company’s inventory and accounts receivable based on published IRS ratio data and arrived at a total value of $636,400.

The market approach required data of prior sales of comparable companies in the same industry, he noted.

The company’s accountant also testified, saying he had prepared year-end financial statements and federal tax returns for the company for 2008, 2009, and 2010. In 2009, the company showed a loss of nearly $98,000 because of declining business in the second half of the year. At the same time, there was “a lot of money in the bank” in May 2009 and June 2009, he stated, which led him to recommend a salary increase for the remaining members.

The trial court rejected the income approach in this situation. Considering the plaintiff provided “almost the exclusive source of business” to the company, his leaving meant one could not assume the company’s future cash flow. The market approach did not apply because the business was a small, closely held company whose profits depended on the skills of its members. Holding a minority interest in the company meant the plaintiff could not make business decisions nor require distributions, the court found. Also, his interest was not marketable “because its value was indistinguishable from plaintiff himself.”

Therefore, the trial court determined, the book value of all company equity best reflected its FMV. Adopting the expert’s $37,800 value, it found the plaintiff’s share was worth approximately $12,500.

Incorrect use of minority discount?

The plaintiff contested the valuation at the Louisiana Court of Appeals. The trial court erred because it failed to consider all of the company’s assets at the time of the withdrawal. Specifically, the court incorrectly applied a minority discount and failed to take into account that, at the date of his withdrawal, the company’s bank account showed an additional $500,000 in cash. At a minimum, the trial court should have credited his expert’s testimony that the adjusted book value was $636,400.

The appellate court found no merit in the arguments. The trial court made the requisite factual findings before deciding on the asset approach. Although it discussed discounts when it described the nature of the plaintiff’s interest in the company, it did not apply a discount when it used the book value. Even though the company accountant testified to there being “a
lot of money in the bank” in May 2009, he did not say it was $500,000 precisely.

As to the adjusted book value, the appellate court pointed out that the trial court specifically noted that there was no evidence that the inventory amount the plaintiff’s expert proposed was accurate considering the company leased most of its equipment and provided services. It did not need to keep an inventory of goods. Also, the expert failed to show that the IRS data
corresponded to the company’s actual account receivable. Accordingly, the trial court did not err in discrediting his adjusted book value. For all of these reasons, the appellate court upheld the $12,500 valuation of the plaintiff’s share.

« Court Reproves Spouse’s Efforts to Lower Value of Community Business
How does the government shutdown affect you? »