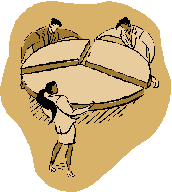 Children learn that bad behavior has consequences. An appellate court recently taught a similar lesson to a troublemaking shareholder whose doings forced a buyout.

Three siblings each owned a one-third interest in a family business. They had a falling out, and one sued the others, claiming they tried to oust him. But the trial court turned the tables on him and found he was the oppressing shareholder. Accordingly, it ordered him to sell his interest back to the company at fair value based on valuation expert reports.

The seller’s expert used the discounted cash flow (DCF) method, and the buyers’ expert used the market approach. The court (with some reservations) adopted the DCF method, calling it “relatively more reliable” and “more conducive … to yielding the value of a closely-held company for which there was no ready market.” Ultimately, the court’s valuation satisfied neither side, so the parties appealed. Among other things, the buyers claimed the trial court should have applied a marketability discount.

The appellate court agreed. A marketability discount, it said, “adjusts the value of an interest in a closely-held corporation on the understanding that demand for such a relatively illiquid interest is limited and its value consequently diminished.” Because of the potential of unfairly depriving the minority shareholder of the full proportionate value of his
shares, it was only applicable under “extraordinary circumstances” in forced buyout situations.

In remanding, the appellate court pointed out that it did not exclude the possibility that the discount already was “embedded” in the discount rate of the DCF valuation the trial court adopted. But absent a clear understanding of whether that was so, the trial court “should reconsider the award through application of an appropriate marketability discount.”